Over the years, schools from the Bono, Bono East and Ahafo Regions have hardly made an impact in the National Championship of the National Science and Maths Quiz. However, St. James Seminary in the Bono Regional Capital, Sunyani, is steadily rewriting history in the 2022 edition. They have successfully booked a place in the Semifinals of the contest. Given their history, many had written them off in the build-up to their Quarterfinal contest against Kumasi Secondary Technical and Ghana Senior High School, Koforidua. Mortifying all pessimists, St. James Seminary, the “Ahoteefoɔ”, have lifted the Bono flag high with a victory!

The contest started at the Saarah-Mensah Auditorium with much optimism for all schools. They all had impressive runs into the Quarterfinals; no one school was to be underestimated. The erudite Quiz Mistress, Prof. Elsie Effah Kaufmann wished them well and started the contest with a biology question. All three schools were to mention one function of the mouth during digestion. The schools could not impress Prof. Kaufmann with their answers. In their attempts, both Ghana SHS and Kumasi Sec. Tech was given two marks each, and St. James Seminary had a point. At the end of Round One, Kumasi Secondary Technical secured fourteen (14) points, whiles St. James Seminary and Ghana SHS were in an eighteen-point (18) stalemate.

In Round Two, unlike the usual praise singing and rallying of support behind contestants, tension and anxiety filled the auditorium with supporters fidgeting and others murmuring in prayer instead. Benjamin Eyram of St. James Seminary brought some ease to their supporters after correctly answering the first two questions in the Speed Race. Nonetheless, the tension continued into Round Three when all schools came to a nineteen (19) point deadlock at the end of Round Two. The factory setting was on, and a fresh start had begun, the day belonged to the highest bidder, those who utilized their chances in the succeeding rounds.

Points for each Round were as follows;
Round One;
St. James Seminary: 18
Ghana SHS, Koforidua: 18
Kumasi Secondary Technical: 14 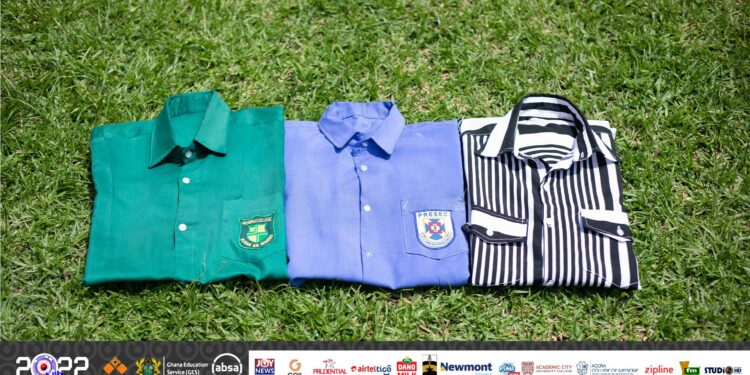 Prev Post
Quest for the NSMQ 2022 Trophy – The Finalists’ Trail