Quest for the NSMQ 2022 Trophy – The Finalists’ Trail

HomeUncategorizedQuest for the NSMQ 2022 Trophy – The Finalists’ Trail
Share

The onward march toward the coveted finals of the 2022 edition of the National Science & Maths Quiz started with 485 senior high schools competing at the regional level, out of which 117 schools progressed to the Preliminary Stage of the National Championship – this comprised 108 winners and nine top runners-up from the Regional Qualifiers.

These schools fought passionately for spots at the One-eighth Stage  of the competition, where they were joined by the 27 seeded schools. In fierce contests typified by a mixture of pleasant memories and heartbreaks, many were left behind. Yet, Prempeh College, Presbyterian Boys’ Secondary School and Adisadel College – marched on, win after win, to make it to the grand finale.

All three finalists have fought a good fight, nonetheless, only one will be crowned champion of the 2022 edition of the National Science & Maths Quiz.

Following three successive NSMQ final appearances, the six-time champions, Presbyterian Boys’ Secondary School entered the contest at the One-eighth Stage, as a finalist from the 2021 edition and as Greater Accra Regional Champions. With a slow start at the One-eighth Stage, they faced Asanteman SHS and Shama SHS, where they progressed into the Quarter-finals having resisted a good fight from Asanteman SHS. The “Christian Gentlemen” did their homework and came back stronger with a masterful performance in a thrilling contest against Accra Academy and Pope John Seminary & SHS in the Quarterfinals.

Their commanding Semi-final presence sent chills down the spine of all other competitors.  At the Semi-Final Stage, they successfully warded off very stiff competition from St. James Seminary SHS to book their fourth successive place at the Finals of NSMQ 2022, a feat only themselves and Adisadel College can boast of.

Prempeh College’s first defence of their 2021 trophy started at the One-Eighth stage when the “Seniors” faced a determined St. Thomas Aquinas SHS, who came into the One-eighth Stage with the highest score in the competition so far (85pts). However, that did not scare the five-time champions who were on a mission to equal two records held by Presec Legon; a sixth championship title, and successful title defence. At the Quarter-finals, many anticipated a good fight from Mawuli School. All the same, it was Aburi Presby SHTS who gave the Champions a hard time, yet, the resilient Amanfuor sailed through to the Semi-finals.

They entered the Semi-final Stage to meet yet another Presby school in a thrilling contest involving Presby SHS, Abetifi and two-time champions, Mfantsipim School. In this close contest, it was Presby SHS, Abetifi, that gave Prempeh College an unyielding contest but that could not stop the Champions either. In their final quest to keep the trophy they won in 2021, the reigning champions meet yet another Presby school, the Presbyterian Boys’ Secondary School, Legon and Adisadel College in the Finals. Would they be able to repel the heat that the Christian Gentlemen from Presec and the Santaclausians from Adisco would bring into the final?

Adisadel College, the 2016 Champions, commenced their journey to the NSMQ 2022 Finals at the One-eighth Stage as one of the 27 seeded schools, having reached the Quarterfinals in 2021. Focused on a possible second National Championship title, Adisadel College could not be stopped by Koforidua Secondary Technical School and Acherensua SHS. “The Zebra boys” grazed their way into the Semi-finals after an impressive performance over Assin State College and Swedru SHS in the Quarter-finals. The Semi-finals came with a greater challenge posed by Opoku Ware School and St. Augustine’s College. Nonetheless, the Santaclausians demonstrated why they, until this past weekend, held the impressive record of four successive Final appearances, with an electrifying performance over their counterparts. What a resounding victory that was! Adisadel College, having been driven by passion and exemplary academic prowess into the Finals, it is assumed that no one can stop them now.

The battle line is drawn, who wins the NSMQ 2022 trophy? 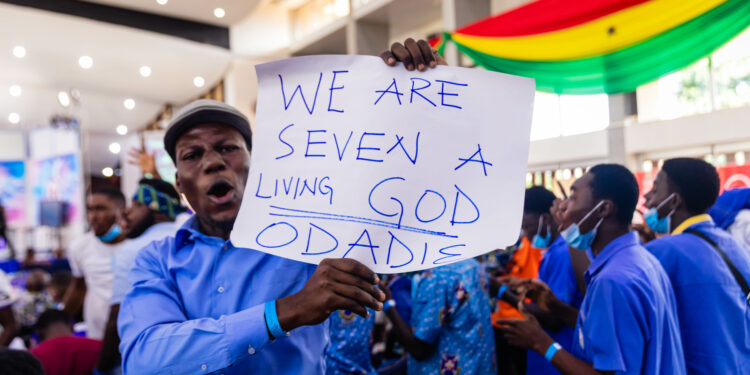 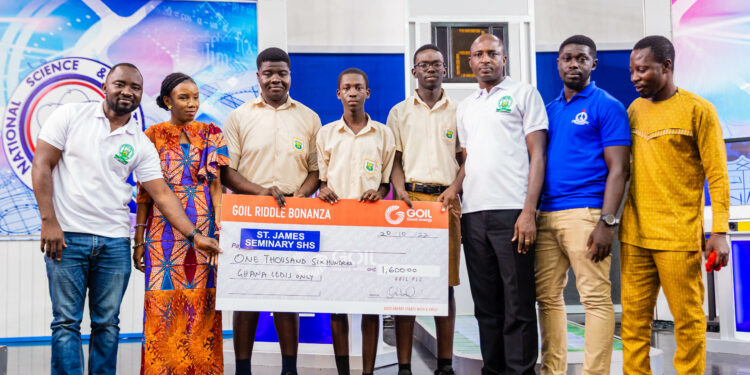